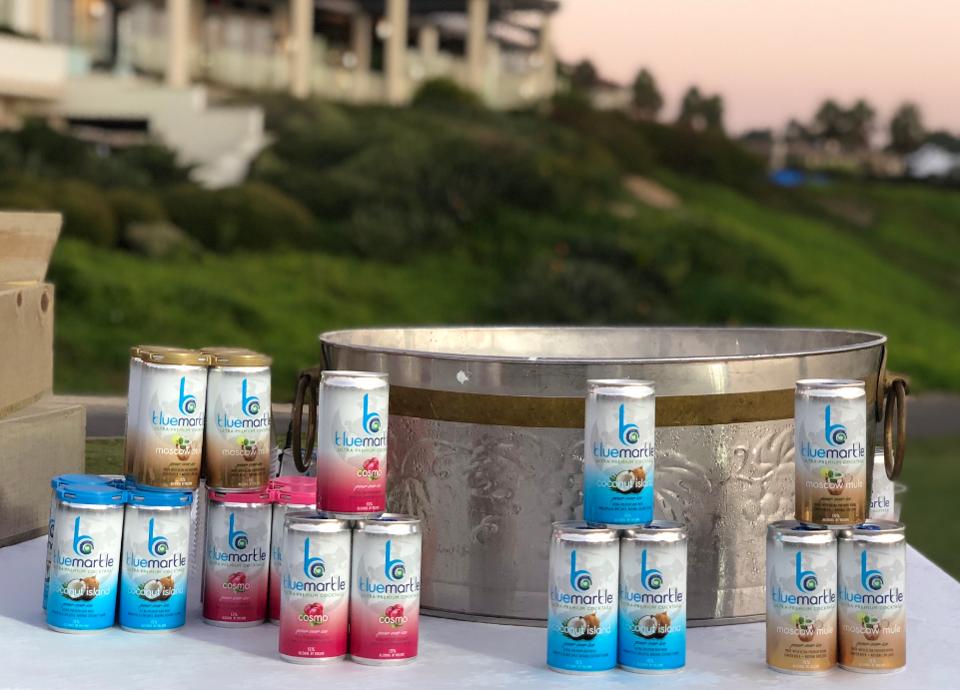 I love cocktails, but there’s a big difference between bouncing over to The Commodore (my local watering hole) to knock back a few – and attempting to recreate that experience while sheltering at home during COVID-19. For starters: I’m a lazy drinker. While I appreciate the boom of DIY cocktail content – and as much as I miss having a freshly-made libation in front of my face – I have zero interest in putting together an elaborate bar setup in my apartment. Not only is it time-consuming, it’s expensive. (And doesn’t spending excessive cash at the moment ring a little tone deaf?) Also, I’ve never been a fan of fussy drinks (or food, for that matter). While potent potables involving far-flung ingredients, rare spirits, and esoteric techniques have their staunch supporters, I’m not among them. So, after weeks of drinking cheap and readily available red wine and canned beer at home, I started craving something more – but something simple and straightforward, too.

Co-founded in 2015 by Alan Miller and Danyelle Rabine, Blue Marble specializes in premium, pre-mixed cocktails at a wallet-friendly price. Though the category is especially flourishing right now (thanks to the hard seltzer craze), the company has quietly been doing things the right way from the beginning. “Danyelle and I started Blue Marble because we wanted an all-natural, ready-to-drink cocktail that wasn’t watered down, but couldn’t find it anywhere,” explains Miller.

It all begins with ingredients. Blue Marble cocktails are made with just three things: natural fruit juices, handmade syrups to sweeten, and quality spirits made in-house. In addition: the brand’s vodka – which is distilled a whopping ten times for a super-smooth finish – and gin are also available for purchase. The company’s hard seltzers, too, leave the competition in the dust by using its own vodka (rather than a malt base), and clocking in at just 95 calories per serving.

To dispel the myth that ready-made drinks don’t deliver the same punch as just-made ones, every cocktail contains 15% alcohol by volume. Just open, and pour over ice. But while Blue Marble endorses having a good time, it’s also acutely aware of the business it’s in. “Because we’re an alcohol company, promoting responsible drinking is extremely important to us,” says Miller.

As for the flavors, there’s nine of them, with a focus on the classic and tried-and-true. Marble-rita is Blue Marble’s spin on the margarita, while vodka fans have plenty to flip for, including a Moscow Mule, Cosmo, and Bloody Mary. And the rum-based mojito and Coconut Island will have you drifting off to a sunny, tropical destination after a single sip. Though the 200 milliliter cans are convenient if you’re drinking at home solo these days, they’ll come in just as handy when everyone’s out and about again (think tailgates, pools, even planes).

But most important: how do they taste? “As many companies looked to improve margins, we looked to give consumers an experience: the ‘wow’ factor,” says Miller. “When we compete in taste tests against other brands, participants always ask about what we use to set us apart. We truly believe that tasting is believing.” Need more proof? Then look no further than Blue Marble’s best-selling Bloody Mary, which was voted the World’s Best Ready to Drink Cocktail at the 2019 World Premix Awards in London.